It is with a saddening heart that we wish to close our hearts rather than our eyes to what’s happening at the country’s capital.
Is it the constitution asleep here? Questions arise on who should act as the “Ombudsman” in such a matter of severe enaction of the 2010 document.
Under Article 182(4), Mutura was rightful, by law, acting as the governor of Nairobi County, as we waited for a by-election. Shortly after, Kenyans witnessed a reverse interpretation of the current constitution, when article 182(2) came after 182(4).

Don’t you forget that Anne Kananu was sworn in while concurrently, a sitting in court was in progress concerning a petition that sought to stop her swearing-in? Here the Judiciary and the Legislature were on two different concrete grounds.
Looking back, when the former Kiambu Governor, Waititu was impeached by a plenary committee in the senate, less than twelve (12) hours later, a judge was on standby to officiate and swear in the then Deputy Governor to the higher rank. Not so long ago when Sonko faced his ouster, the three arms of Government seemed to perfectly harmonize. This made me substantiate my prior conclusions that the government can actually show accuracy and precision but only in some cases.

As we await the court’s verdict on whether it was right to have Kananu on the seat, let’s contemplate a few questions.
Ø Suppose the court processes take the “normal” time they always take and we find ourselves in, say, November 2021, and they declare the seat vacant, will it make economic sense to hold a by-election then?
Ø Suppose her Governorship is upheld, do we, from that point, start reverse interpretation of the constitution? Or the BBI had clauses catering to such cases?

Ø Is it a wrong constitution that we have or are we just blockheaded and we want to enact and implement clauses that fatten our bellies?
As you find answers to these questions, let me remind them that these issues we want to drain with the water, only soak and get heavier, and they assemble a timebomb that will soon explode in their epicenters and expose the taxpayer’s cash in their pots.

I know they will mention NMS at some point, but they won’t tell you they smell a leak at some point.
Dear countrymen, let us not just have illicit relations with the enemy, but let us be the enemy, An enemy of the enemy.
I pray for a day when we, Countrymen, will show them that behind apparent frivolity we conceal a serious nature,
A day when we will not wash our necks before speaking to them,
A day when a change will come marching and say,” The way I know is the way you will tread, all you will eat is my bit of bread”
A day when food to the baby horses, the tiger’s son will take.
And this is the day they will say:
“O Black Day In a Lean, Lean Year”
Peace. 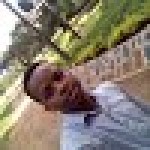 Looming Crisis at Barcelona After These Recent Events