The well-known musician Wahu Kagwe disclosed that she is expecting a child. With her husband, singer David Mathenge aka Nameless, and their two daughters, Tumiso and Nyakio, Wahu announced her pregnancy. And they made a stylish pregnancy announcement. They entered the dance floor and formed a straight line, with Wahu in the back and Nyakio (the youngest daughter) in front.

Before leaving, Nyakio performed her body rolls, then her older sister, their father, and finally themselves. She graciously informed her followers that a bun was in the oven while Wahu was left alone to demonstrate her dance talents. Shortly later, Nameless and two girls joined, and it was then that the pregnancy became known.

The 42-year-old Wahu expressed her happiness about the expansion of their family. While attending the University of Nairobi in 1997, Nameless and Wahu met. Before deciding to marry on September 10, 2005, they dated for over eight years. 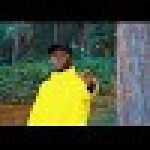